Here for sale is a Fender Kurt Cobain Mustang signature guitar in Fiesta Red in excellent condition complete with the original tremolo arm. 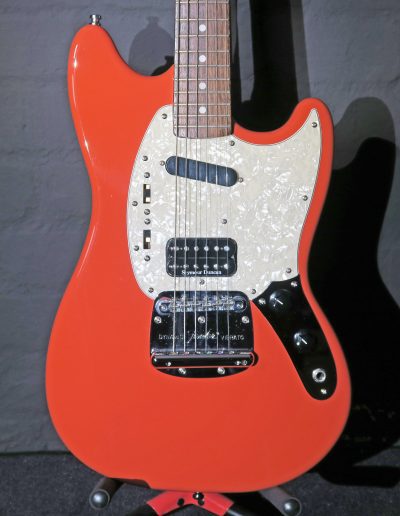 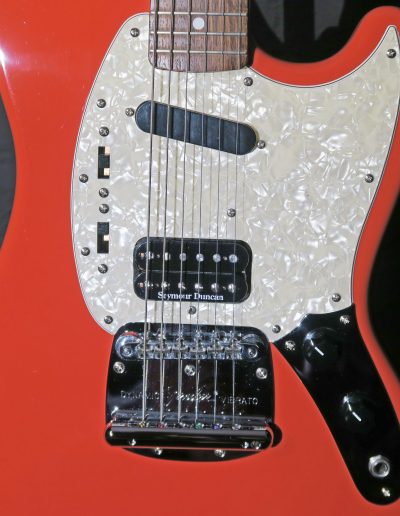 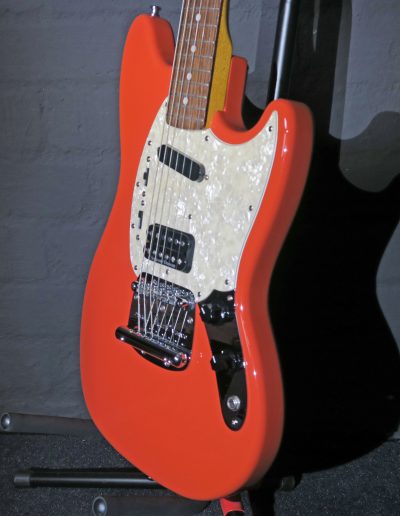 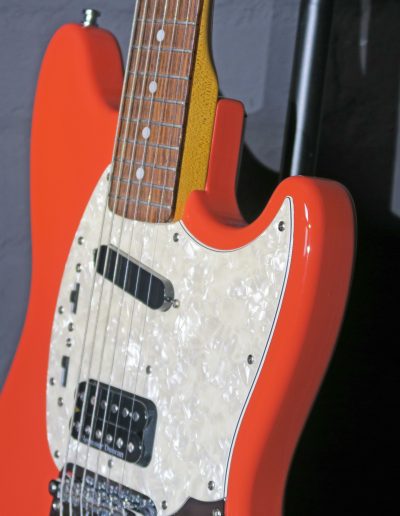 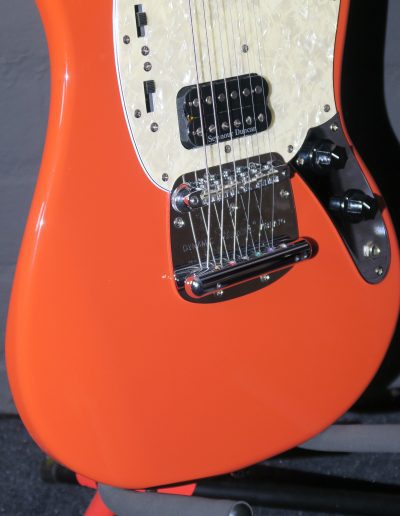 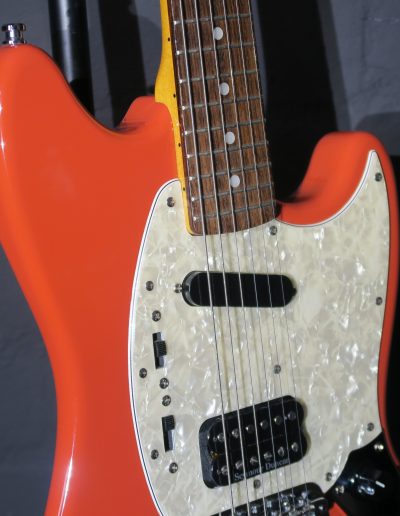 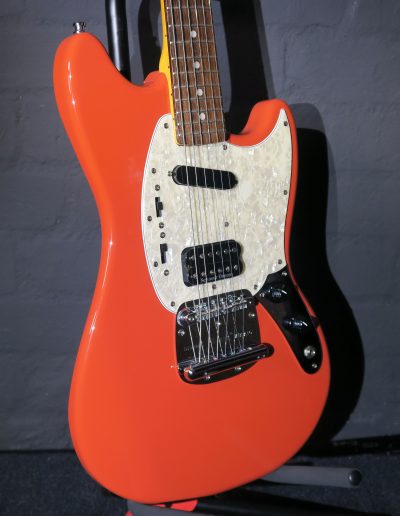 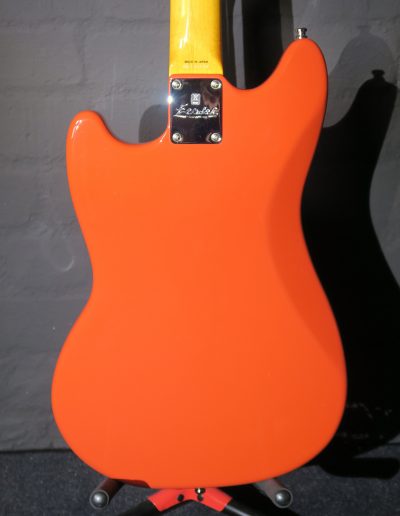 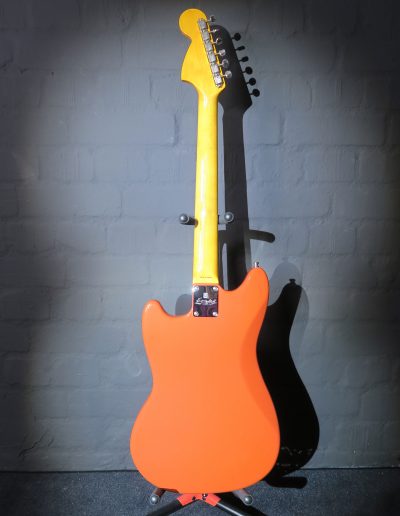 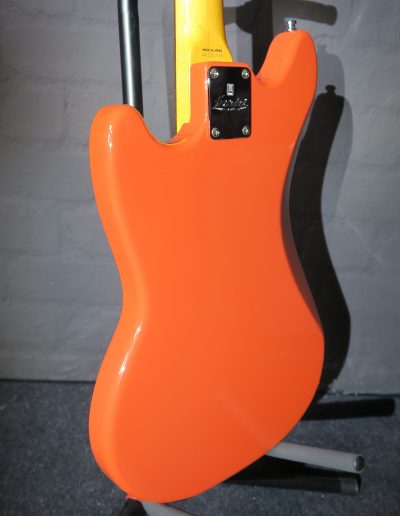 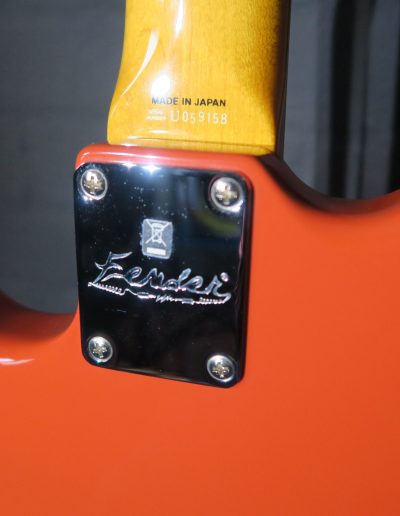 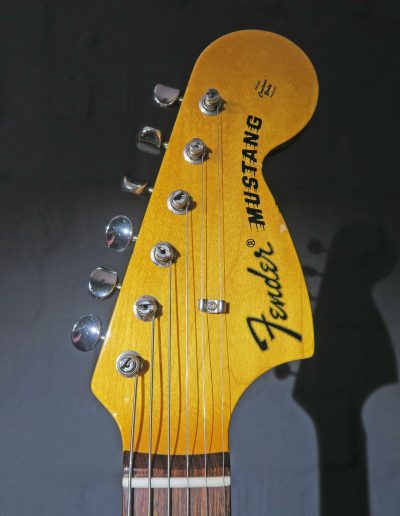 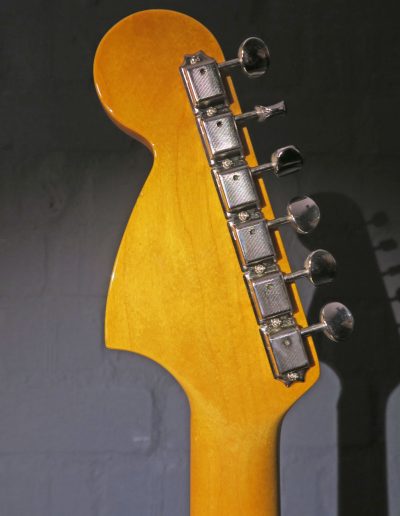 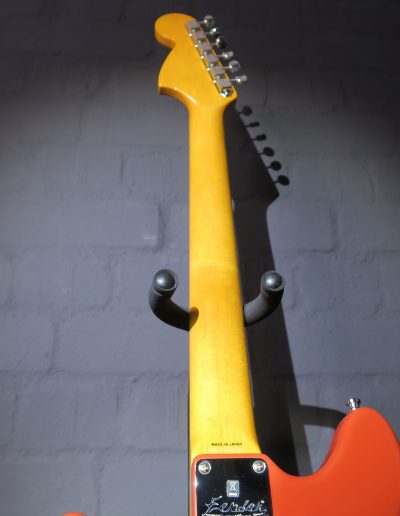 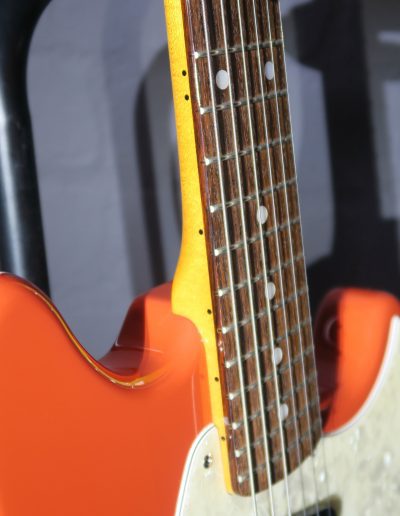 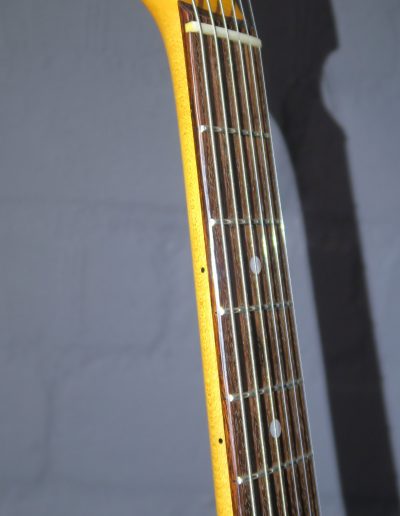 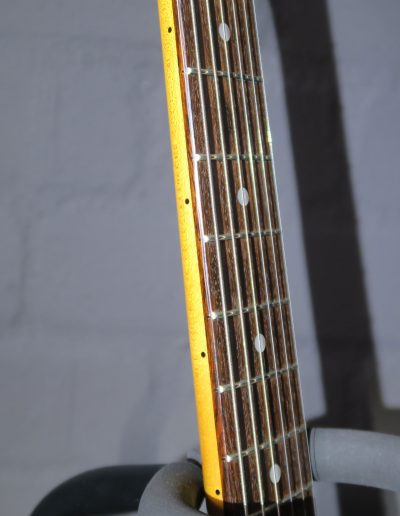 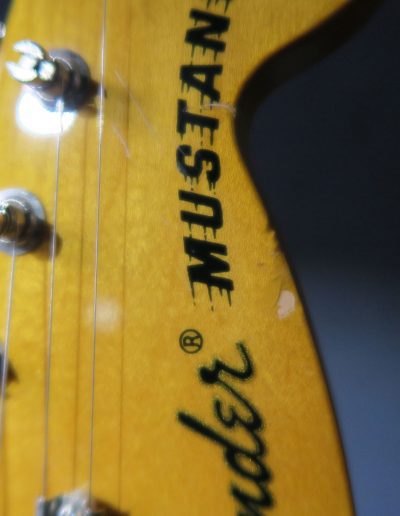 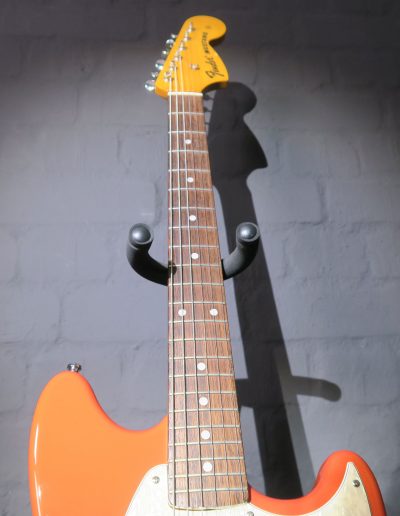 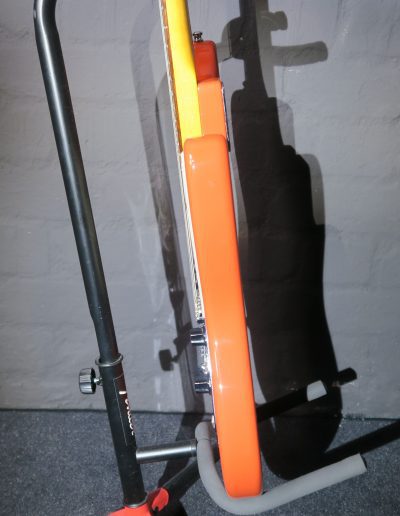 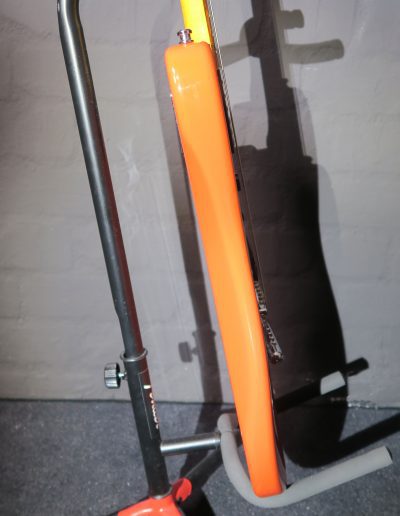 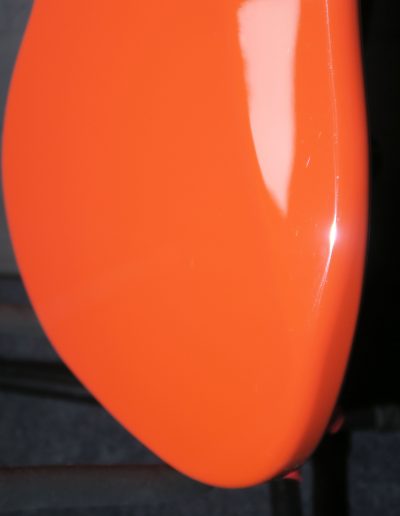 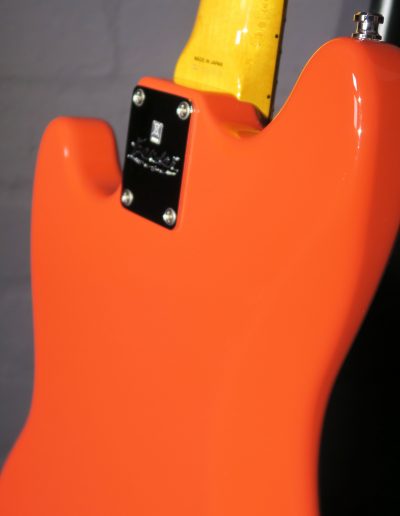 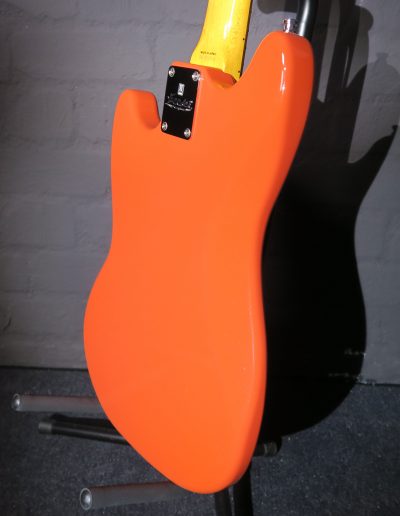 This Kurt Cobain Fender Mustang signature is made exactly to Kurt’s specifications in 1993 for the In Utero Nirvana tour. This is another beautifully made and authentic artist endorsed guitar by Fender. The guitar is a wonderful player and has a powerful sound for its size. This Fender Mustang guitar is in excellent condition with minimal play wear.  These guitars are very sought after by Nirvana fans and collectors alike. There is a slight finish crack in the upper neck pocket which are very common with Fender guitars. The lower neck pocket is fine. The headstock has small ding and a couple of tiny scratches. Other than that there are no other chips or dings. These are hands down the best Fender Mustang’s out there. As they have Seymour Duncan JB’s in the bridge for a great fat, raw rock sound, and can be controlled by the sliding tone pick up switches that have been sunken down at Kurt’s request and is a great improvement on the originals which used to poke out and were easily hit when strumming. The guitar comes with the original tremolo arm.

The Fiesta Red Fender Mustang was the first of the Japanese Fender Mustangs that Kurt acquired. The first recored appearance of his Fiesta Red Mustang was on the 23rd July 1993 at the Roseland Ballroom in New York. His ‘Roseland Ballroom’ Mustang was later changed by his Guitar tech Earnie Bailey to have a white pick guard with a full size Black Seymour Duncan JB which is the version Fender based their Kurt Cobain signature Mustang on. Kurt’s Fiesta Red Mustang was named ‘Oranj Stang’ by Kurt and was written on the side of the case and preceded the arrival of the four ‘Sky Stang’s’ which arrived shortly before the start of the In Utero Tour. This Fender Kurt Cobain Mustang is all original complete with the Fender Kurt Cobain Pick guard, pick ups and wiring and is a truly awesome guitar. It’s just an awesome guitar to play and own and you can see why they were Kurt’s stage favourites that he almost exclusively played them from ’93 onwards.

When Kurt Cobain hit the stage in the early 90’s, it was often with a Mustang electric guitar – he was an enigmatic anti-hero figure with an esoteric anti-hero instrument. So it’s with great pride that Fender introduces the Kurt Cobain Mustang, which evokes the man, the band, the sound and the times, and gives an authentically crafted nod to one of the most unlikely guitars to ever find itself at the centre of a musical maelstrom.

Thanks to @stoner.band for the follow! Be sure to get down to @knusthamburg tonight for some low down desert 🏜 sounds 🌵 🪨 🤘🏻with @slomosa #stoner #band #hamburg #rock #knust #germany #live #music #tonight #slomosa #guitarsmith #letsgo #desert #punk #metal #brantbjork #nickoliveri ... See MoreSee Less

Thanks to @stoner.band for the follow! Be sure to

Absolutely shocked 😳 about the passing of Olive