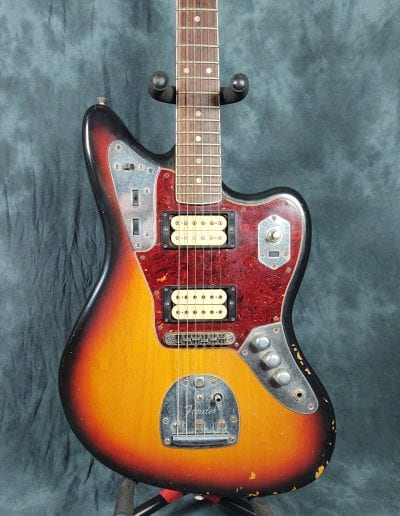 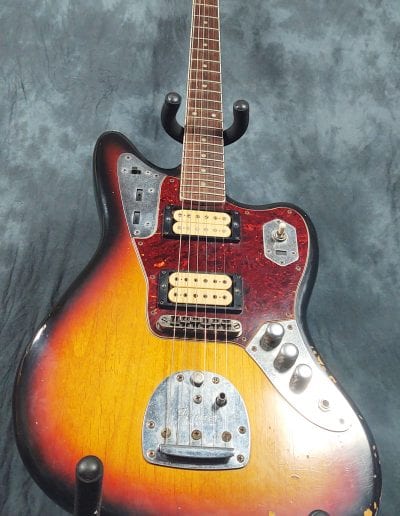 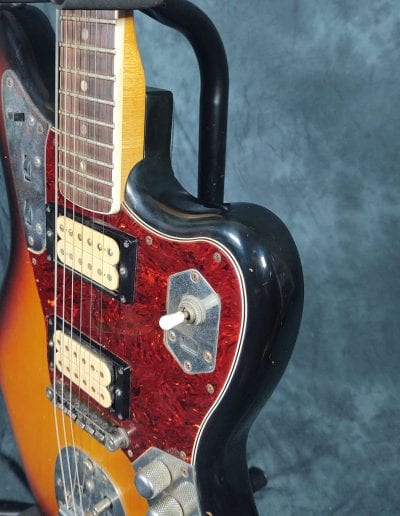 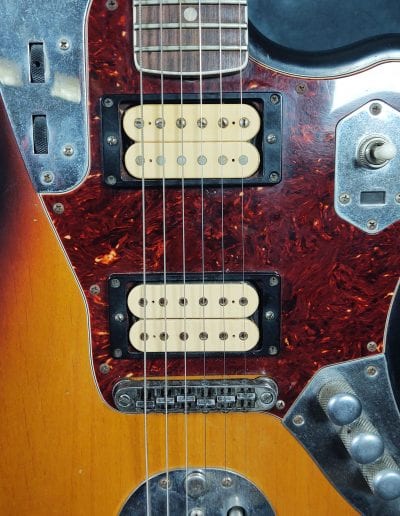 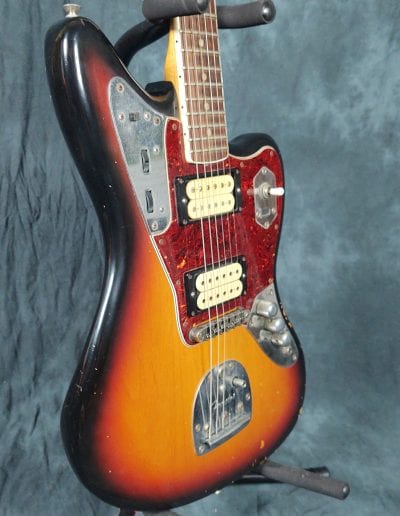 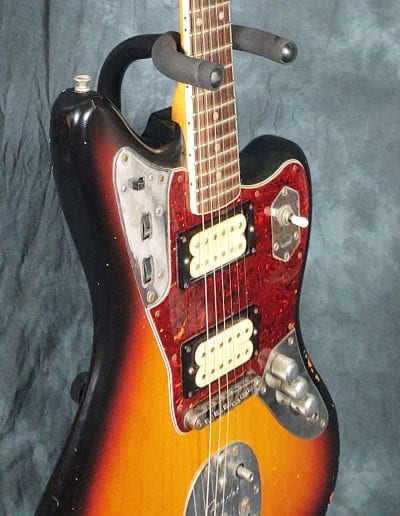 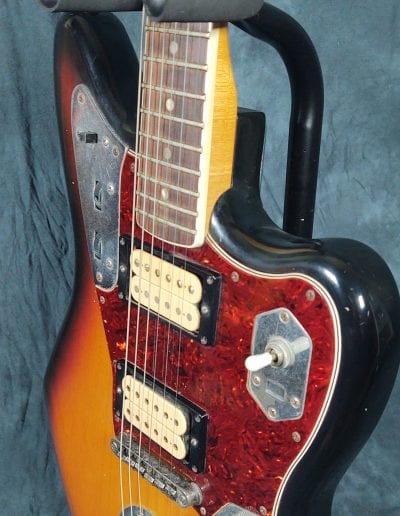 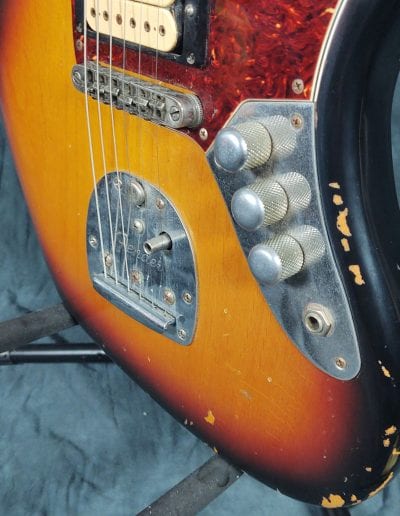 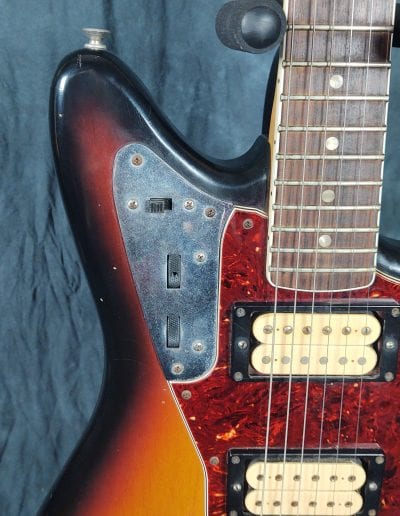 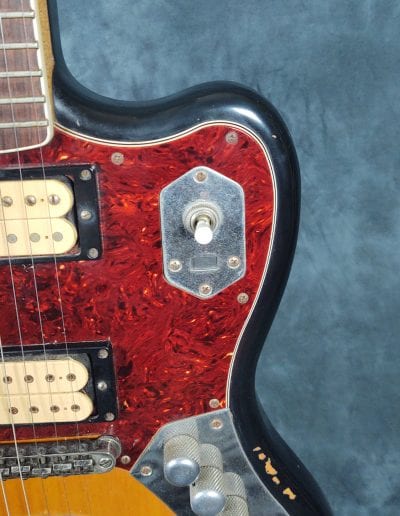 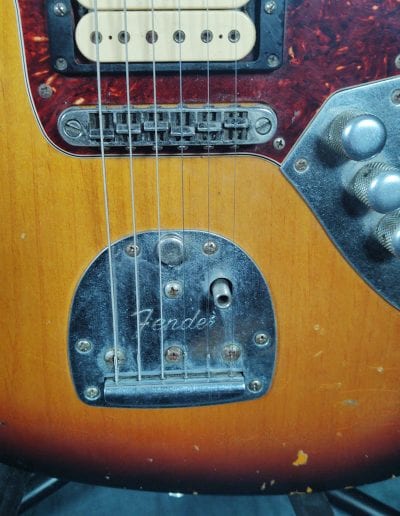 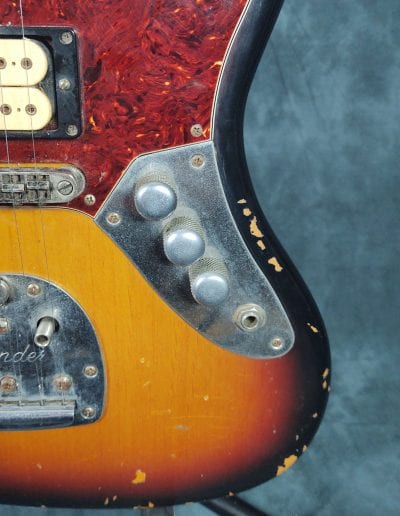 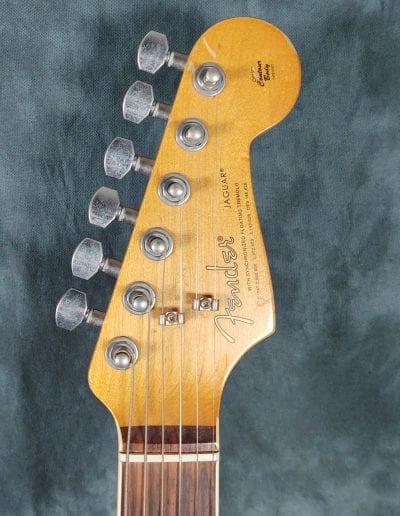 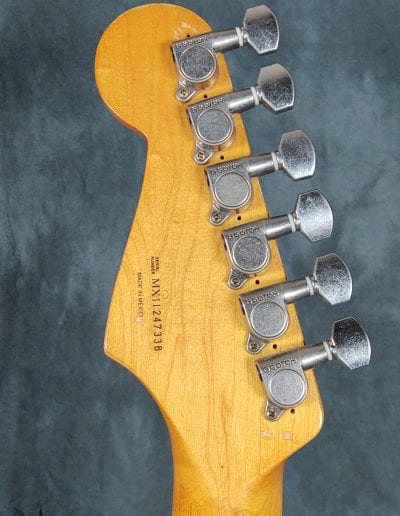 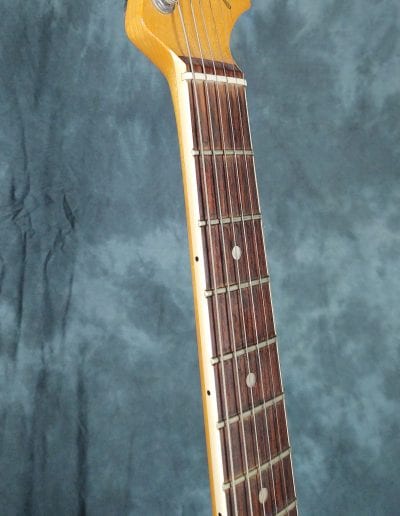 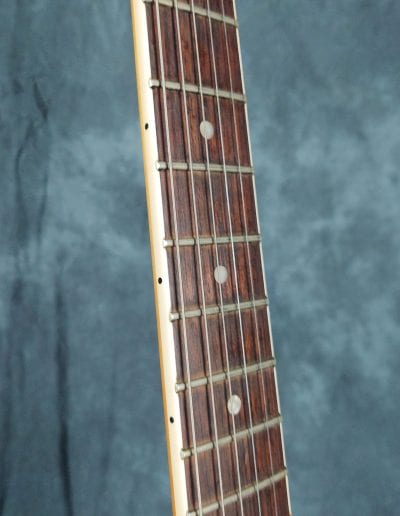 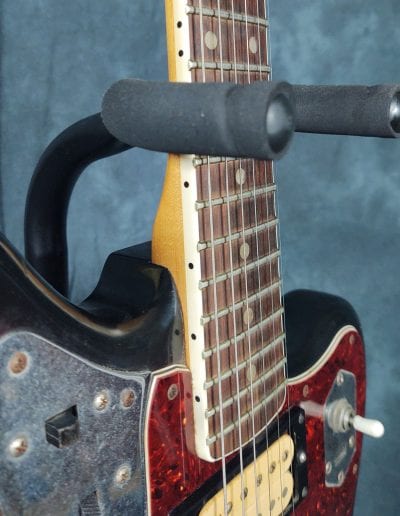 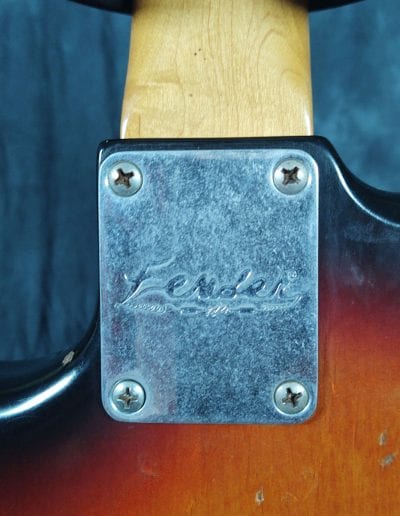 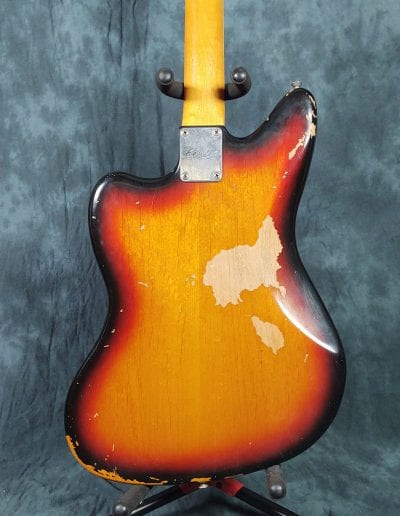 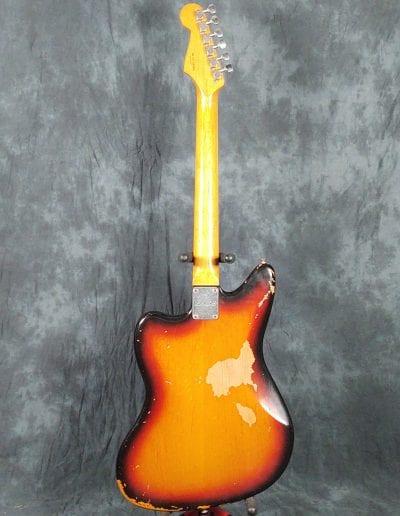 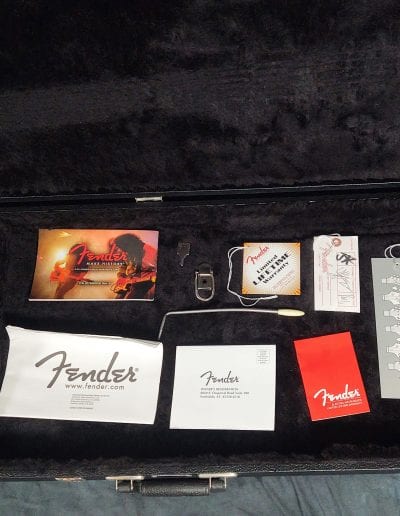 PLEASE NOTE THIS GUITAR IS LOCATED IN OUR GUITARSMITH USA  SHOP SO FOR NON USA BUYERS THERE IS IMPORT TAX TO PAY TO YOUR COUNTRY
This model is now discontinued and this road worn version is made to look exactly like Kurt’s with every ding and chip in place, is a truly amazing guitar and incredible how they have achieved this. The guitar

comes with the sought Kurt Cobain Fender book which is still sealed and a key for the case. The guitar is in excellent condition, but the case has one latch that has come off that, can be repaired, but is in good cosmetic condition other than that.

It has a rip roaring sound, that captures Kurt Cobain’s live sound that catapulted them to worldwide success in 1991. It is a shame Fender did not make this a stock model back in the ’60’s and thanks to Kurt finding this guitar in the L.A Recycler, Fender put it into production 2011 for a limited time. The functionality of the guitar is a massive improvement on the regular Jaguar with a Gibson style toggle switch to select the pick ups and an Gibson style bridge that is much more stable, plus the two volume and one tone knob add great versatility and looks so cool on the guitar with the triple knobs. It is a real beast of guitar with bags of tonal options to boot. The approximate measurements of the guitar are as follows, the width of the nut is 42mm / 1.653″, the width of the neck at the first fret is 21.87mm / 0.861″ and 23.42mm / 0.922 at the 12th fret. It has a C neck contour with a 9.5″ fretboard radius. The frets are 2.60mm / 0.102″ wide and 1.25mm / 0.049″ and has a 24″ scale length,

Thanks to @stoner.band for the follow! Be sure to get down to @knusthamburg tonight for some low down desert 🏜 sounds 🌵 🪨 🤘🏻with @slomosa #stoner #band #hamburg #rock #knust #germany #live #music #tonight #slomosa #guitarsmith #letsgo #desert #punk #metal #brantbjork #nickoliveri ... See MoreSee Less

Thanks to @stoner.band for the follow! Be sure to

Absolutely shocked 😳 about the passing of Olive